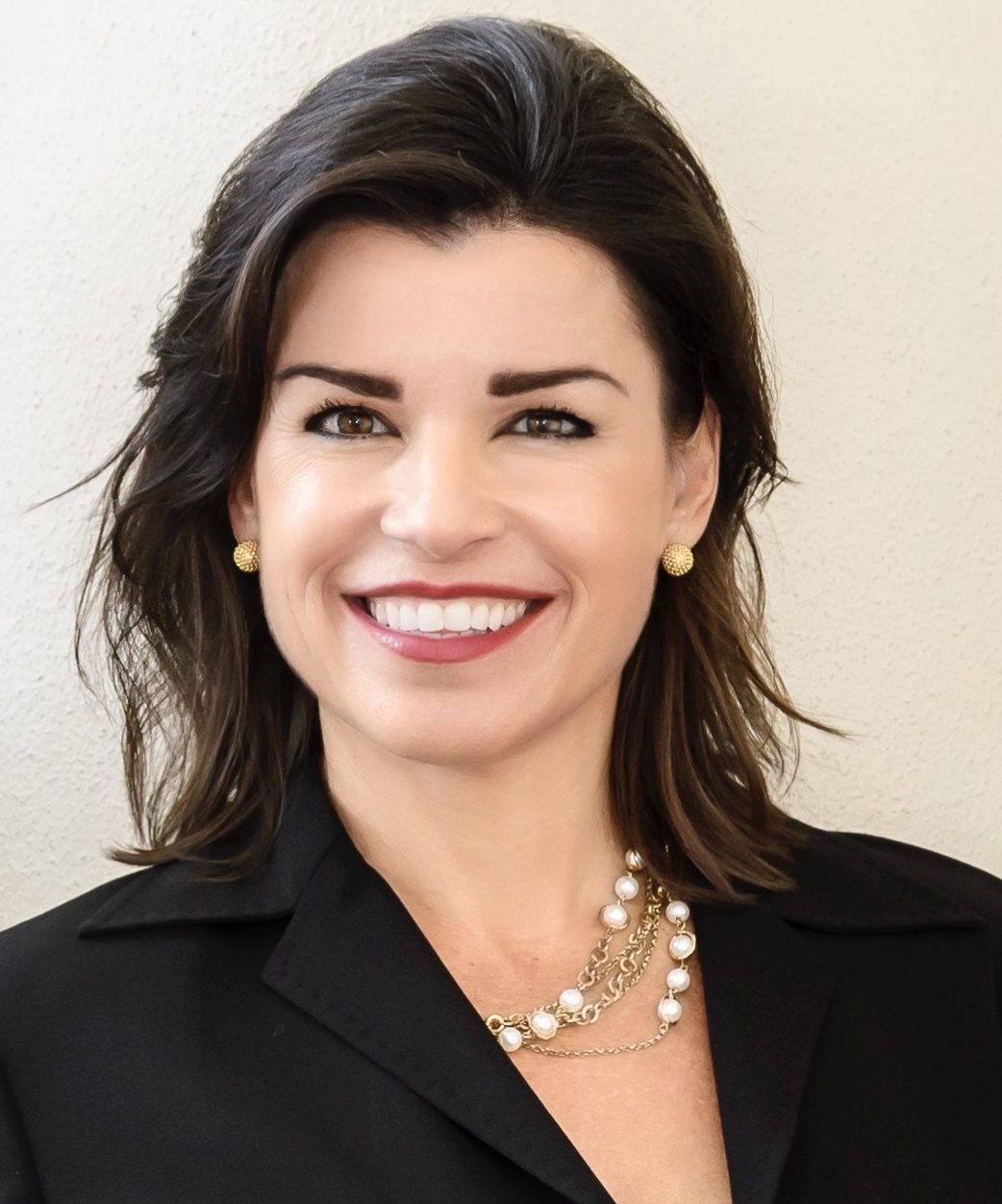 I had the opportunity to sit down with Elizabeth Melendez Fisher, co-founder of Selah Freedom and I was truly inspired by her enthusiasm and courageousness on co-founding an organization with the mission to eradicating sex trafficking. The statistics on young boys and girls that are abused from as early as 3 years old, is quite astonishing to me. As upsetting as I was to listen to the numbers and have this conversation with Elizabeth, I felt relieved knowing that there is an organization and a team of people saving lives and making a difference for the victims.

IR: How did you become the co-founder of Selah Freedom?

EMF: I was simply trying to help launch a women’s event and was looking for a very deserving charity to be the beneficiary. Our goal was to find something that wasn’t at the top of everyone’s radar, but a serious need that needed to be brought to the light. We were looking for a true underdog to help. That’s when we were told that our own American children were being sold for sex.  And when I learned more about what that truly meant and the root of childhood sexual abuse and that our own American kids who were running away were being sold for sex on the street on average 15-40 times a day, I asked, “Who can we write a check to?” This was the worst thing I’d ever heard. They simply said, no one was doing anything about it, there’s no one to write a check to. Through that, Selah Freedom was birthed.

IR: There are so many causes to support and many that pull at your heartstrings. What makes this such a strong passion?

EMF: The root of sex trafficking is what I’m passionate about. 1 out of 3 little girls and 1 of out 5 little boys are sexually abused in America, in any zip code. This then leads them to hold dark secrets. This is the pathway that leads to sex trafficking and many other horrific outcomes. I’m passionate because sex trafficking is a popular platform to speak to the root level of change that we need in our country. Advocating for our own American children and saying no more to the dark secrets has to become a priority.

IR: Have you personally been face to face with a trafficker? Can you share that experience?

EMF: Yes, I have seen a trafficker. I have been in the courtroom when one of our survivors has testified, giving her 20-30-minute impact statement, sitting directly across from their traffickers. The trafficker is usually just a weak and defeated person, hiding behind his destructive use of power and control. It’s fabulous when he is the one sitting in handcuffs, helpless and having to hear all that he has done, but seeing it stated by a girl now standing in freedom and power. Seeing all that stripped from him is the greatest moment of justice I have ever witnessed.

IR: If you look at the other side of why this exists, do you see it as mental illness or greed?

EMF: I would say it’s a very broken society where we are raising fatherless boys and fatherless girls, all longing to belong. Unfortunately, one of the strongest clubs and organizations going is gangs in America. So boys by the age of 8 to 10 are welcomed into a gang family because they don’t have one of their own. Trafficking now is just part of that. Girls also looking to belong agree to the initiation and are being used by the gang members in addition to the others that come along to sexually exploit them. So yes, I see a social epidemic, that is resulting in mental illness and a deep level of dysfunction.

IR: Talk to us about the safe housing program? Is this a place woman live forever or temporarily?

EMF: The beautiful thing about Selah Freedom’s safe housing, is that we give a girl who has been abused since she was a child, on the streets since she was 12 and who has never lived in a normal environment of safety, the opportunity to live in love and community. We give her the chance to live with a family of peers for 1-3 years in a beautiful, warm, safe home. The girls come into our main residential program and stay any time from 12-18 months. Then they transition into our later stages, Empowered living, Independent living and Graduate living. A powerful aspect is that the girls further along are able to mentor and encourage new girls in the program. This can even become a career pathway to be on staff with Selah Freedom, alone or while in college.  It’s a beautiful transition and truly reclaims everything that was stolen during their childhood.

IR: How do you know when somebody is able to transition out of the housing?

EMF: Selah Freedom’s housing has quite a few stages. Assessment phase is 4-6 weeks, then the main residential campus is 12 months of regular living. Then we have empowered living that is 3 months of getting ready for a girl to live independently. Finally, we have graduate housing.

IR: Are these women scarred for life or do you think that after they go through the programs, they are able to move on and block out the ugliness of the past?

EMF: These women are absolutely not scarred for life. We provide groundbreaking trauma therapy through partnering with Dr. Jason Quintal. The partnership allows survivors in our program to have their neurological pathways reset. This allows the girls to no longer be defined by their trauma, but instead, have the emotional aspect of it unplugged. They don’t forget what has happened to them, but they no longer have to live out of it. They are able to step into complete restored lives and fully take back the rightful place they have not only in their family, but in our society as well. We are launching some amazingly strong future leaders.

IR: Selah Freedom has had some notable people come join as an ambassadors. Congratulations, can you expand on that.

EMF: Yes, we are so excited to have the support of NFL Legend Tony Richardson, NBA World Champion Trent Tucker, WNBA Champion, Olympian and Assistant Coach – Asjha Jones and high-profile entertainment attorney Cabot Marks. It was great to have them join us on an Immersion Tour and witness first-hand what we do as an organization and speak with the survivors who shared their personal stories. It truly was so moving and I’m so grateful that they’re behind Selah Freedom as sex trafficking is prevalent right here in the U.S. and in particular, many of our own backyards. We will be even stronger as an organization with their support as well as the support of many of our friends and donors who want to save many more lives.

IR: You are a dynamic leader? What sets you apart from other CEO’s?

EMF: I would say there are two different things that set me apart from other CEO’s. One is that I lead in a group of three. I have two co-founders and we are all completely diverse in how we see things, yet we don’t make decisions organization wide that we all don’t feel complete unity around. There is great protection in that and has proven to be amazingly powerful. The second is that I don’t have any micromanagement in me. I have seen a lot of leaders fail because they are too controlling. They want to have their fingers in everything that goes forward. I have seen people with amazing talent, but they can’t take their project to the next level because they can’t let go and truly empower others to thrive.

IR: Do you consider yourself a visionary?

EMF: Absolutely I would say I am a visionary. I have a hard time staying in the details of the day to day because from the moment Selah Freedom’s vision was birthed, we have been looking 5, 10, or 15 years down the road. For example, the Selah Way Foundation has the most highly vetted network of combined providers. That vision was put into my mind 10-years ago. I’m wired to see the next thing and have a relentless drive till it comes to fruition, then I set up the most amazing and powerful people to execute and maintain then I’m free to start laying the groundwork for the next 5 years.

IR: If you can do it all over again, what would you do differently?

EMF: I’m not sure there is anything I would do differently. It’s been a difficult journey, but one of the most rewarding of my life. All of the lows and all of the mistakes I wouldn’t trade for anything because I’ve learned a great deal from having to redirect and overcome adversity. And my journey has instilled great compassion in me that I don’t think I would have accessed any other way.

IR: Of your 3 children, do you think one of them will follow in your footsteps as a CEO/philanthropist?

EMF: Absolutely! I see all three of my children stepping out into the CEO realm. They all have an entrepreneurial spirit and they’re all brilliant. They struggle in taking direction, lol, which is a trait of a natural born leader. I look forward to seeing great things from all three of them quite honestly.

IR: Where do you see yourself in 10 years from now?

EMF:10 years from now I hope to see the Selah Way Foundation thriving. I’m excited to see all of the vision we have right now fully executed with protection and provision. Along with hundreds of thousands of law enforcement agencies fully trained so they can all speak with the same knowledge. And in 10 years, with Law enforcement fully trained and acting as advocates and retention curriculum reaching every child in America, I hope to see the need for safe houses declining!

IR: It was a pleasure to speak with you and I look forward to supporting such a great cause!

EMF: Thank you so much and especially for helping us bring light to this very dark topic. 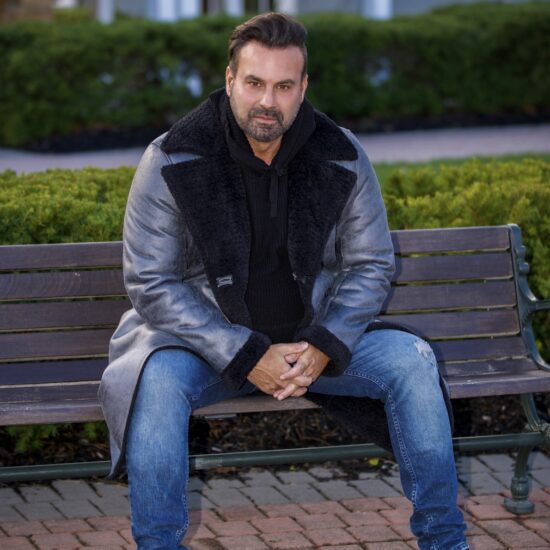 Forrest Gump once sat on a bench November is synonymous with Movember. The month 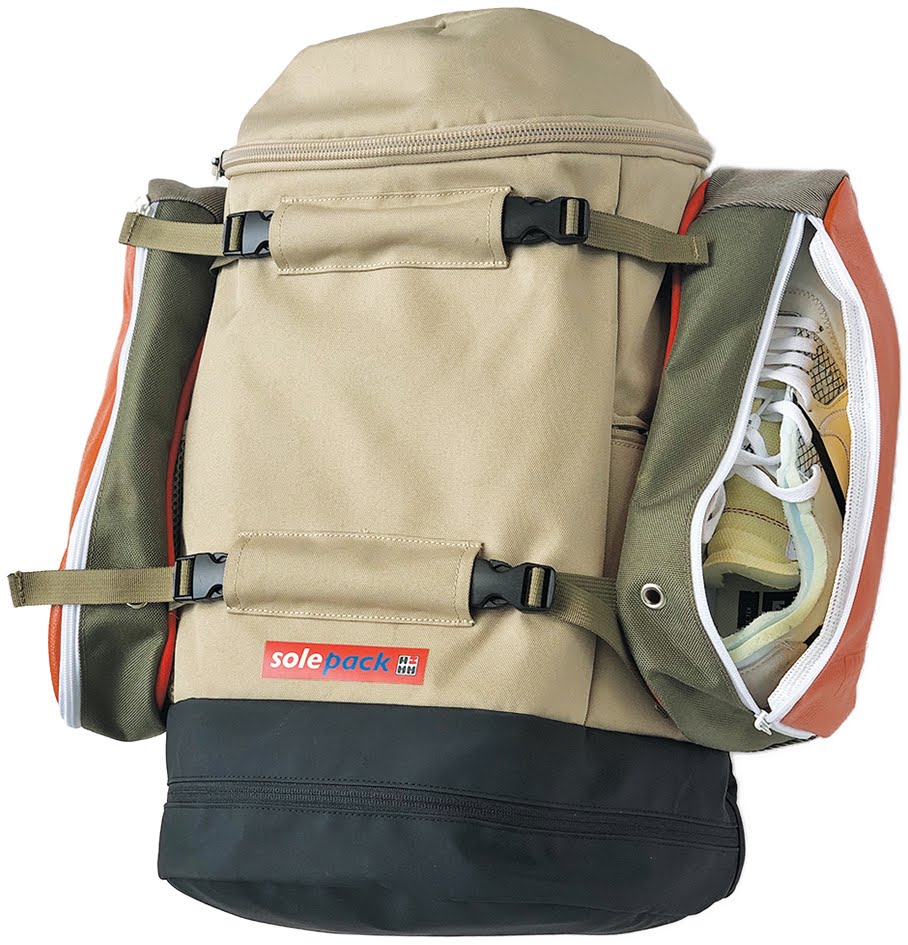 Going to the gym for a workout?