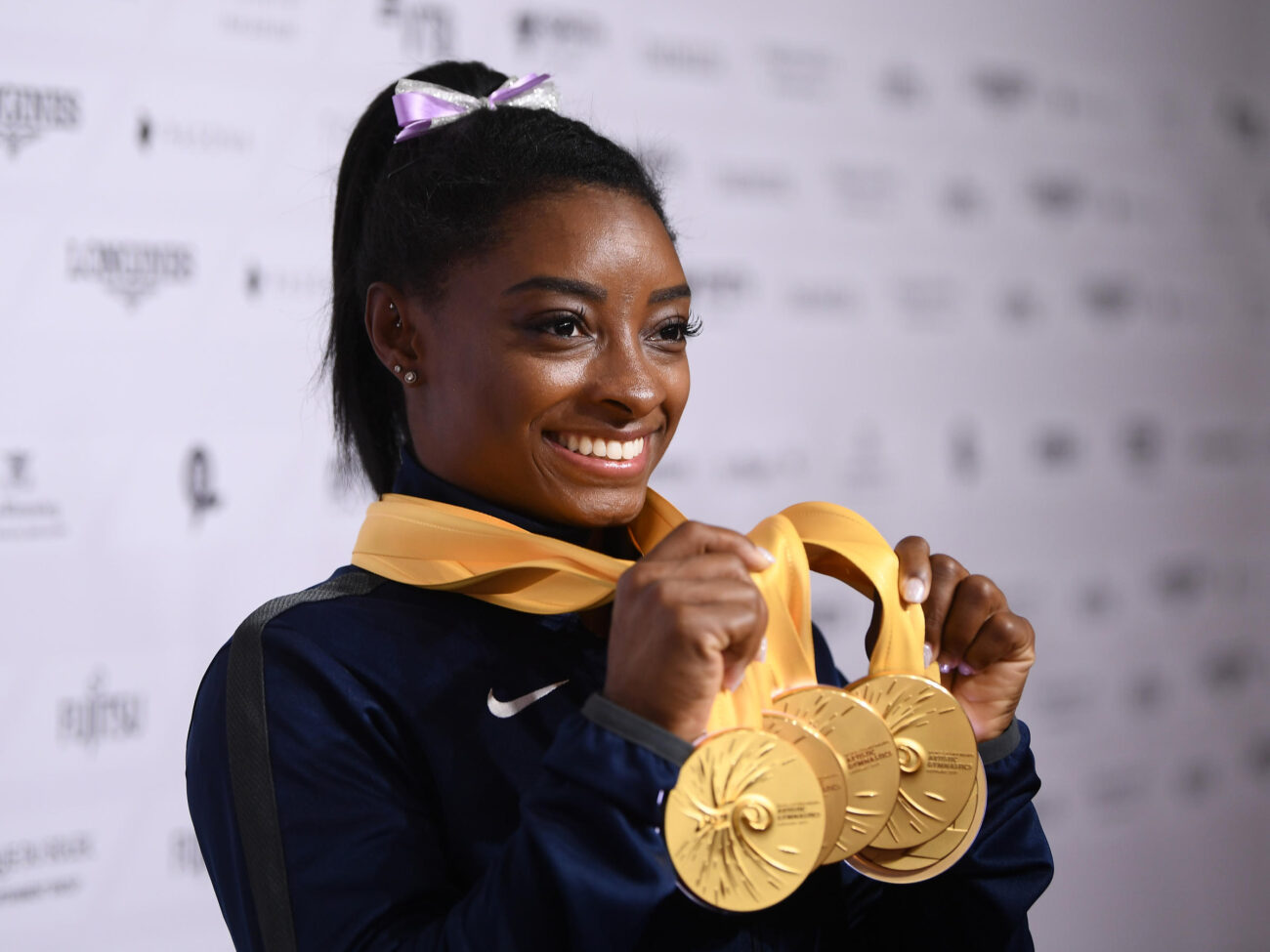 It’s no secret that the topic of mental health has become a more prevalent topic in the world of sports, but not everyone seems to be taking it seriously. In fact, between criticism being heaped on Simone Biles after dropping out of the 2020 Tokyo Olympics, and tennis player, Naomi Osaka getting battered by the media, it’s safe to say that the world still has a lot to learn about the subject.

In a study published by the Athletes for hope,” a survey found that 33% of professional athletes suffer from mental illness. The study also found that the symptoms usually manifest in binge eating, anxiety, a feeling of burnout and depression. That’s a lot to deal with on top of what athletes already go through daily.

Despite these facts however there just seems to be this prevailing narrative that this is what athletes are paid for. That they should somehow be able to put their feelings aside. Unfortunately for those that fall into that line of thinking, they fail to understand the implications that doing so might have. They also don’t seem to understand the damage that they are doing to these athletes.

One example was when Simone Biles dropped out of the 2020 Olympics after getting a case of the Twisties. For those that don’t know, the twisties is a condition that happens when a gymnast feels they are not in sync with their body. This disorder has also been known to cause serious injury due to the type of moves that gymnast usually take part in.

“Walking away from the Olympic Games was a win. I know a lot of people thought I failed because they expected me to go out with five or six medals, but walking out of it was my biggest win,” Biles said in conversation with Brené Brown at the Simmons Leadership Conference, “I had to put myself into consideration for one of the first times throughout my career. Most of the time, I’ve always put myself on the back burner, because I’ve always cared and thought about everybody else before myself,”

While one would think that the national media would have respected Ms. Biles and her decision to drop out of competitions, that wasn’t the case. On the contrary, pundit after pundit called her a coward on television. They also followed her for constant comment or footage and devoted much of their coverage to her ongoing issues. It was almost like they were trapping her and forcing an answer. All while she was dealing with arguably the most important moments of her career.

Believe it or not, Biles isn’t the only one to suffer this kind of treatment from the mainstream media either. Another example is tennis player, Naomi Osaka, who was seeded second in the 2021 French Open and poised for another victory. Despite coming into the tournament with this storyline, Osaka announced that she wouldn’t be performing her usual press conference duties after games, which angered officials, fans, and the media.

Just like in the Biles case, it once again seemed like the media thought they had unmitigated access to her. That she would be forced to sit in front of the cameras whether she wanted to or not. Osaka ended up following through on her promise and even refused to hold a press conference after a first-round victory and was handed a 15,000 dollar fine as a result.

Osaka responded by announcing that she would be dropping out of the tournament and citing mental health as a reason for doing so. This left the media and the sports world in shock once again in a very big way. News outlets even continued for days discussing whether Osaka had the right to do this or not. Some even called her a coward and quitter, just like they did with Biles.

According to an article written by Standardasl.org regarding athletes and mental health” It is evident that media pressure can be harmful to an athlete’s well-being and performance, so this pressure must be limited. Athletes should not be required to attend press conferences after games because their profession is purely based on playing their sport, not on attending conferences.

That’s probably one of the worst parts of this. It’s this idea that the media and the fans are entitled to an athlete’s time. To be fair, they should be entitled to a athlete’s time to a reasonable extent, but not at the expense of that persons mental health. Also, calling someone a coward or a quitter for doing what is best for their health is the wrong conversation to be having.

Not only is this due to the fact that it sends the message of ignoring mental health issues, especially to younger fans, it also puts athletes in a very uncomfortable situation. Just imagine what Biles and Osaka were subjected to in the media during their respective incidents. Getting up and having a camera put in your face while you are fighting a time-consuming inner battle.

Keep in mind that this is on top of the hours of relentless training, conditioning, and other prepping these athletes must endure to even make it on the court. Add in the bubble situation that happened during the COVID-19 pandemic, and you have a very stressful situation. To act as if this wasn’t amplifying an already very tense situation would be an understatement.

Standard.asl.org said it best when they wrote in a 2021 article that” Sports journalists need to change their mindsets too. They are constantly looking for interesting details in an athlete’s life or any juicy pieces of information that can make their article the best. Some may argue that this is part of the journalist’s job, but the approach contains no empathy for the athletes. Instead, sports journalists should ask fewer sensitive questions, including asking about different tactics the athletes used throughout the game.”

Although it is understandable that journalists need that little edge to make their next story mortantalizing, it really shouldn’t come at the expense of a athlete’s mental

health. Beyond that, the media should not be devoting coverage to hot takes about whether an athlete is a quitter or not. That’s just unacceptable behavior in today’s world with what we know about mental health.

A journalist just has too many other avenues to go towards than discussing the idea of whether an athlete is a quitter a not. Or if they are properly representing their country. Or even if it’s fair whether an athlete ducks out of interviews or not. The conversation should be focused on their mental health and helping to educate the public about the problem.

It’s no secret that we often see athletes like Biles, Osaka, and others as these superhuman like entities. They are some of the bests in their respective disciplines and prove it every time they perform. Their accolades are something that probably inspires millions to take up athletics themselves. In seeing them as heroes though, we might not be seeing them as human.

“when athletes like Biles and Osaka need to take a break, “Standardasl.org states in regards to what should be done about media pressure and mental health” we should not default to calling them “quitters” or “losers.” Instead, we need to support them and try to understand what they may be going through mentally. At the end of the day, it’s hard being an athlete, and it’s even harder when the world is watching.” 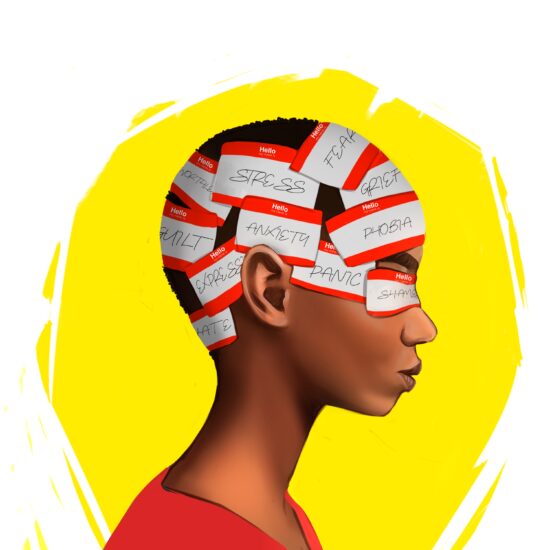 Mental Health Awareness month is May. However,