Who are the most iconic women in sports history? While that question might seem difficult to answer, especially with the plethora of female athletes, it becomes easier when you look at which ones have cemented themselves into the world’s consciousness. With that being said, here are our picks for the world’s most iconic female athletes.

There are few women that mean as much to the sport of NASCAR as Janet Guthrie and a lot of that has to do with the barriers, she broke down throughout her stock car career. Guthrie, who was originally an aerospace engineer for Republic Aviation, eventually found herself competing in NASCAR. She was the first woman in the sport’s history to qualify for both The Daytona 500 and The Indianapolis 500. She was also the first woman to lead a lap in a Cup Series race.

While that might not sound like too great of a stat sheet, Guthrie was a pioneer for women in the world of stock car racing and is a big reason why women are competing today. In the end, it takes one brave woman to compete in a sport dominated by men and that’s why Guthrie deserves all the credit in the world for what she accomplished during her career.

Wilma Rudolph was a woman that was born to run fast. Not only was that evident by her being given the moniker of “fastest women in the world in the 1960’s, but also due to her winning three gold medals in the 1960 Rome games. Becoming the first woman to do so. She even competed in her first Olympic trials while in High School and made it through a few rounds before being eliminated in a preliminary race. Although Rudolph’s career wasn’t the longest in track and field history, she accomplished so much in her short time competing.

Horse racing is commonly called the sport of kings, which was what made Julie Krone’s Triple crown victory aboard Colonial Affair in 1993 so spectacular. Not only did it mark the first time a woman had managed to win the Kentucky Derby, the Preakness, and the Belmont in the same season, it eventually guaranteed her a spot in the National Museum of Racing and Hall of fame. She was even the first woman to win a Breeders Cup during her career and was enshrined in the National Women’s Hall of Fame.

There are few women that have dominated the WNBA like Maya Moore and that’s a part of what makes her such a unique talent. From high school to college, all the way the WNBA Moore, always put-up double-digit numbers and improved her rebounding ability as time went on. This would eventually lead to her winning a championship with the Minnesota Lynx, which would be her first of four titles with the team.

Looking at her stats during her rookie campaign, she averaged 13.2 points 4 rebounds, and two assists per game. She also had a three-point percentage of 3.69 that year, making her a deep threat from the very beginning. Her postseason numbers that year were impressive too, averaging 13.8 points, one steal, 4.8 rebounds, and a .400 percentage from behind the ark. This would only be the beginning of her dominance though as she would go on to win three more championships with the Lynx, giving her the most championships of any player in the WNBA.

Like many other women on this list, Kerri Walsh dominated in a way few other athletes could. One half of the highly beloved best beach Volleyball team of all time, Walsh won gold with Misty May Treanor in 2004, 2008 and 2012. Treanor decided to retire after the 2012 game, leaving Walsh to find a new teammate and capture Bronze in the 2016 games.

The Olympics weren’t the only place that Walsh won though, as she won four gold medals in World Championships, and 45 Gold medals in FIVB Competitions. She is considered to be one of the best female volleyball players of all time and her dominance perfectly illustrates that. She has also easily set a standard for future female athletes to be judged on, which will make it interesting to see if anyone ever surpasses her.

Katie Ledecky made an immediate impact in the sport of swimming when she qualified for the Olympics during her first National Competition. The spot made her the youngest women ever to secure a spot in the Olympics and would go on to win gold in the 800 M freestyle competition. She would later go on to win the gold during the 2013 World Aquatics Championships in the 400,800 and 1500 free style events. Again, the best was yet to come though!

She would go on to win a total of seven Olympic gold medals, three silver and no bronze. She also won a total of 15 gold medals in the World Championship competition and eight gold medals in the Pan Pacific Championships. This makes her one of the most decorated swimmers to ever dive into the water for Team USA and she deserves all the credit in the world for what she has accomplished. She is truly one of the most iconic women athletes in the entire world!

Professional wrestling doesn’t always get the respect it deserves when it comes to athleticism and that’s exactly one of the reasons why Charlotte Flair deserves a spot on this list. Now a lot of this has to do with her role in WWE’s Women’s revolution in the late 2010’s, which eventually resulted in her winning 13 championships, but it is so much more than that. She is essentially the biggest name in pro wrestling among females and that’s probably not going to change anytime soon.

Her biggest accomplishment though must be her Triple threat match against Ronda Rousey and Becky Lynch in the main event of WrestleMania 34. For those that don’t know, this was the first time in WWE history that the company featured an all-women’s main event and while Flair didn’t win, she made history with her involvement in the match.

They don’t call her the baddest woman on the planet for nothing. In fact, between her historic run in the UFC and headline WrestleMania 34 alongside Becky Lynch and Charlotte Flair, Rousey has proved herself to be one tough women. Of course, her run at the top of UFC ultimately came to an end after Holly Holm KO’d her with a kick to the head, but she still accomplished so much that separates her from most of the women on this list.

Keep in mind that she was the first women signed to UFC, held the Bantamweight title for a record number of days, and defended it seven times! She also came to WWE and won the RAW Women’s title from Alexa Bliss. The former UFC star then went on a lengthy title reign before losing to Becky Lynch in the conclusion of that year’s WrestleMania

Serena Williams is a different kind of athlete. Her 23 grand slam championships more than prove that and is only the beginning of her impressive stat sheet. She was also ranked the number one Women’s tennis player back in 2002 and holds a singles record of 852 wins to only 152 losses. That gives her an 84%-win percentage in her career, even further solidifying her status as an absolute goat on the court.

She also has a total of 73 singles titles, ranking her fifth overall. Looking at her doubles stats and her numbers are equally impressive. She has a record of 190-34, giving her a 84%-win percentage. Finally, she has 23 doubles wins in her Tennis career and was also ranked first in that category back in 2010. Again, this isn’t your run-of-the-mill athlete. This is someone that honed their craft and dominated the sport of their choosing for a long time. That takes a very driven person to do.

It’s hard to put into words what exactly Simone Biles means to the world of sports and Gymnastics as a whole. On one hand, she is a four-time Olympic Gold medalist, a 19-time world champion, and a two-time Pacific Rim Championship. On the other hand, however, she made headlines in the 2020 Olympic games after suffering from a mental health issue that rendered her unable to compete.

Her setback in the 2020 Tokyo games did a lot to bring attention to the issue of mental health and even forced a national discussion on the topic. Biles would later go on to win a bronze medal at that year’s games, but what she accomplished by speaking out about her struggles with mental health was her true accomplishment. It is also what likely lit the way for others dealing with similar issues. That makes Biles an iconic champion on and off the mat. 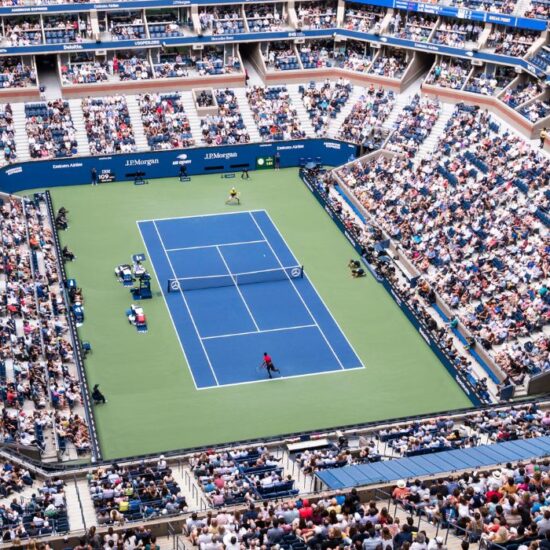 The U.S. Open is fast approaching, and

by Brian Thornsburg
Past Feature 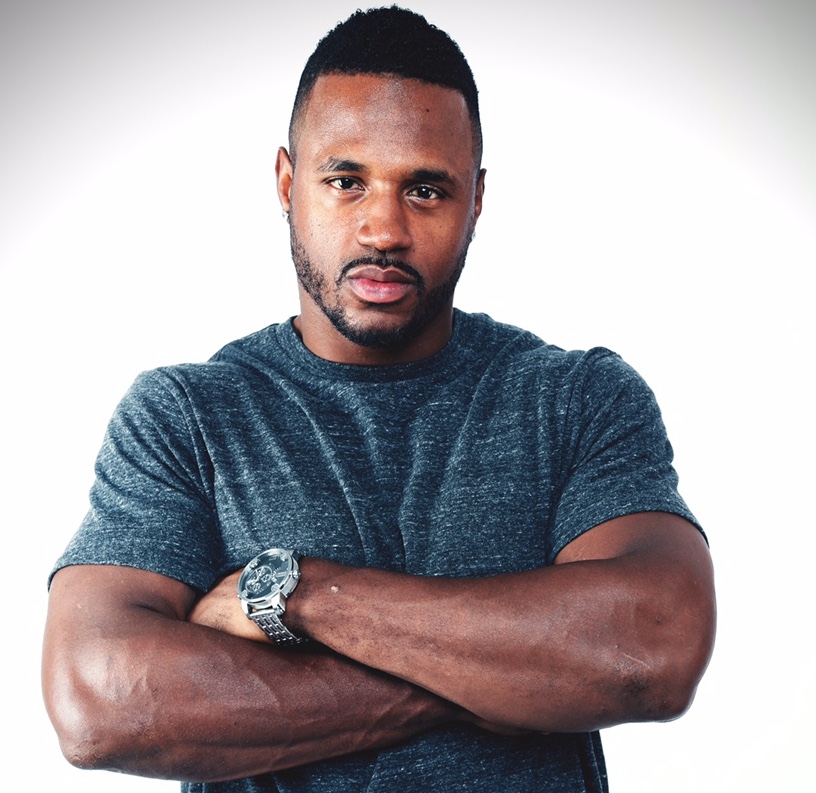 James Anderson is an NFL linebacker and