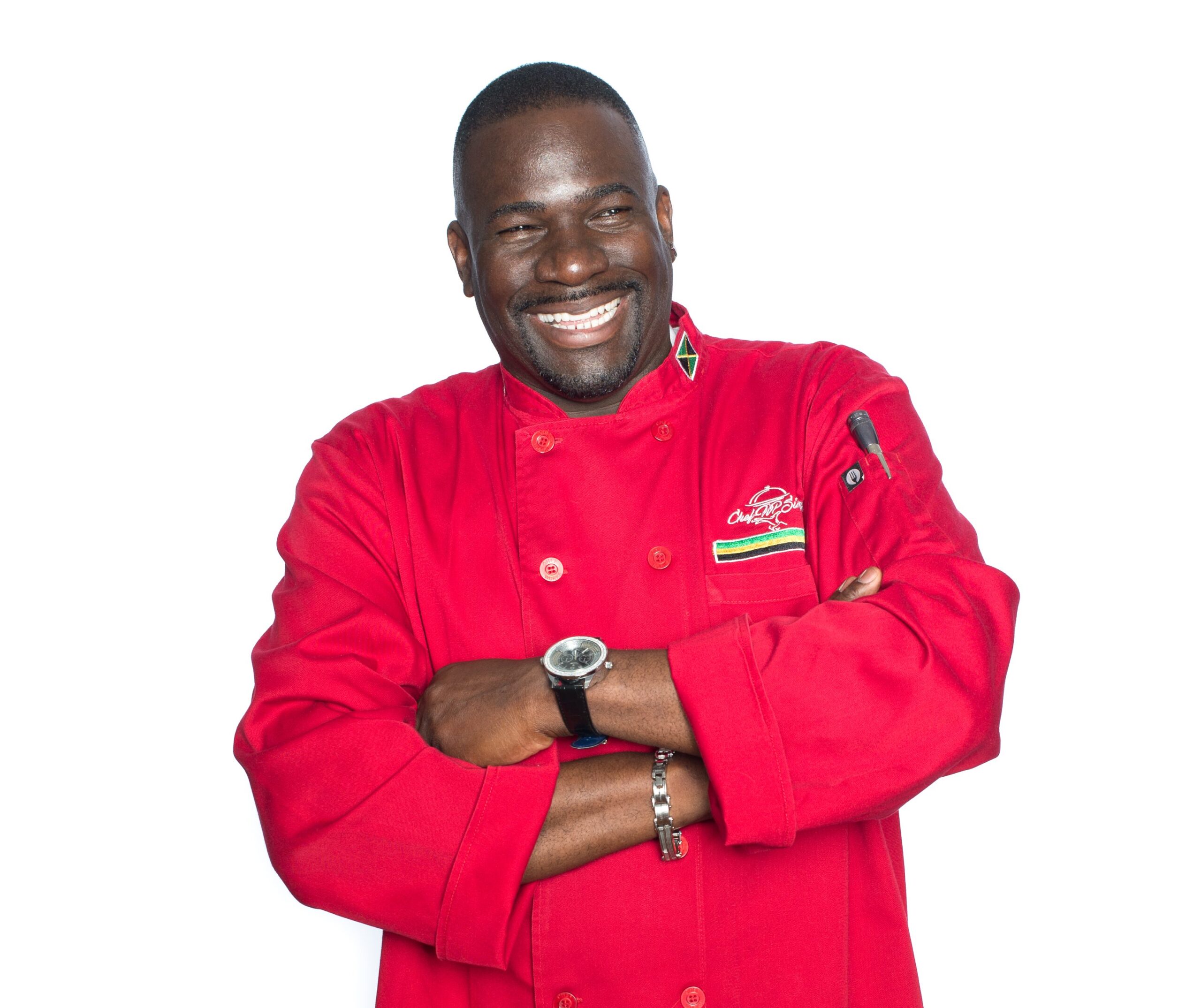 Chef of the Month

You hear it constantly: follow your dreams, don’t give up, believe in yourself! And as tired as we are of reading the same old motivational quotes on instagram, men like Chef Wenford P. Simpson are a reminder of why those quotes exist in the first place. He is the embodiment of social media’s favorite cliché: speaking it into existence. From a young boy, even while growing up in poverty, Chef Simpson knew he would be a great chef. It began as a sweet idea. He and his family never had enough food at home, so he figured as a chef he would never go hungry. Nevertheless, filling his stomach was definitely not Mr. Simpson’s only goal. He had a vision of a prodigious empire, that he worked relentlessly to manifest. Years later with the opening of his new restaurant, The Simpson; Chef Simpson is once again proving how powerful it is to walk in faith. Even in the middle of what felt like the apocalypse of COVID-19, he believed in The Simpson and knew it would be a success. Located right across from Barclays, it is a bonafide hit. All due to Chef Simpson “putting in the work” as he so perfectly puts it. From fixing a tile in the kitchen to sending out his “thinking out loud” e-mails to his staff, he takes pleasure in what needs to be done. His passion radiates all through out the restaurant and was definitely felt as Industry Rules sat down once again with the great Chef.

RA: What was the first meal you prepared as a boy that made you realize you were meant to be a Chef?

WS: I think the first meal that I actually put together was the one where I made a mistake. I was trying to do a cabbage dish, and curry accidentally fell on the cabbage. I couldn’t wash it out so I continued to cook it. From that mistake instead of feeling bad about my sister and her friends laughing at me, I decided that I was going to show them that I can cook and that one day I would be a great chef. From there, I started perfecting my skills. I was always whipping stuff up together. Trying to put things together that don’t normally go together, and seeing how I can tweak the flavor. Because I came from poverty; I always try to remember that even when I think there’s no food at home, I have to look around and see what I can create from what’s available. Like let’s say I find a can of beans; then I find some rice. There’s an onion, maybe a scallion, and then I find a thyme. So I’m like okay, I’ll make a seasoned rice for dinner. So it’s that way of thinking out the box that made me say “you know what I’m going to stick to this career.” I think also because there was never food at home, I thought if I’m a chef I’ll always be in the kitchen and there’s always food in the kitchen!

RA: Do you feel the creative aspect of cooking is your favorite part?

WS: Yes, because even when guests come into the Simpson, they’ll say “mmmhh, there’s something different about this.” or they’re like “Chef, why am I eating macaroni and cheese but I’m tasting mango?” I think people gravitate to my style of cooking because I put a little twist to everything I’m cooking.

RA: When in your career did you decide you wanted to have your own restaurant?

WS: Around the time I was 14, my food and nutrition teacher would go around and ask everyone what they want to be when they grow up, and I said I want to be a very great Chef that is well known. I’m going to have a big beautiful house and I’m going to have a wonderful big restaurant. So I think it was engraved in my brain from then, that one day I was going to open my own restaurant and not just one, multiple restaurants.

RA: What would you say sets The Simpson apart from other restaurants?

WS: I take pleasure in doing this. Once I come through those restaurant doors, if I’m just fixing a light switch, its the same feeling for me as cooking because it’s a part of the restaurant. It’s a part of me delivering that package to you. Also, I’m a people person. I come out to my tables and interact with my guests. I tell them thank you for coming, thank you for the love and support. I fist pump each person at the table; even if it’s a little baby, I get my fist pump. People love that I’m so engaging. They feel that sense of kindness, that sense of humility.

RA: You’ve worked as a corporate executive chef for BB Kings. You started your own line of jerk seasoning and opened The Simpson. You essentially have stepped into many leadership roles. What do you think makes you a great leader?

WS:I think it’s because I’m a perfectionist. I always motivate and push my team to strive for perfection. As a leader people tend to come to me for answers, and I always try to explain things to them by seeing it from the other side. I know how to tear my staff down and build them back up. I tell them when they’ve messed up and push them to own it and help to fix it.

RA: What advice would you give to a young man or woman who aspires to be a chef?

WS: Love what you do, be passionate about what you do. You wake up: eat, breathe, sleep whatever you’re passionate about. If you’re passionate about being a great chef, make your life about that. I should not take your phone and ask to see your instagram and see nothing about being a chef on it. A person who wants to be a chef and is passionate about it will take a picture of a grilled cheese sandwich they made for breakfast. You have to stay motivated, stay driven, be your number one cheerleader. Never give up, no matter what, even if you’re just peeling potatoes. When I started working on a cruise ship they put me in the potato room, and then from the potato room I’m in the dishwasher room. The problem with this generation is they want microwave careers. They see you now, but didn’t see you 25 years ago. They see me now, pull up outside in a Bentley, and walk into my restaurant; but they didn’t see when I was hiding around on the hotel property trying to find a place to sleep when I was 22. Everything you’re doing now is a part of the journey.

RA: You’ve cooked for a lot of big names. Was there anyone in particular you were asked to cook for that you got really nervous about?

WS: Barack and Michelle Obama! This was when I was an executive chef at B.B Kings, which owns Sony Hall in Washington D.C. At the second inauguration, they reached out to me and said Barack Obama is going to be a the Howard theater. Before I even met them, I was in the kitchen cooking and I’m like “I’m in the same building as Barack Obama!”

WS: I have to go into my kitchen and beg them for something! They don’t care about me. I’ll go in there and I’m like “guys can you make me something to eat”, and they’re like “Chef the rice is over there, and the plates are right there. We’re busy.”

RA: What else besides cooking do you do for fun?

WS: I like to go on vacation. I like to be a daredevil, I recently went skydiving. They had to drag me out of the plane, I was scared!! They tell you your body is going to go into shock and you’re going to tense up, but you have to tell your mind to release. After I jumped, my eyes were closed and I kept thinking, okay release. When he opened the parachute it was one of the most peaceful things coming down. We were actually having a conversation coming down, you would think we were hanging out at a club.