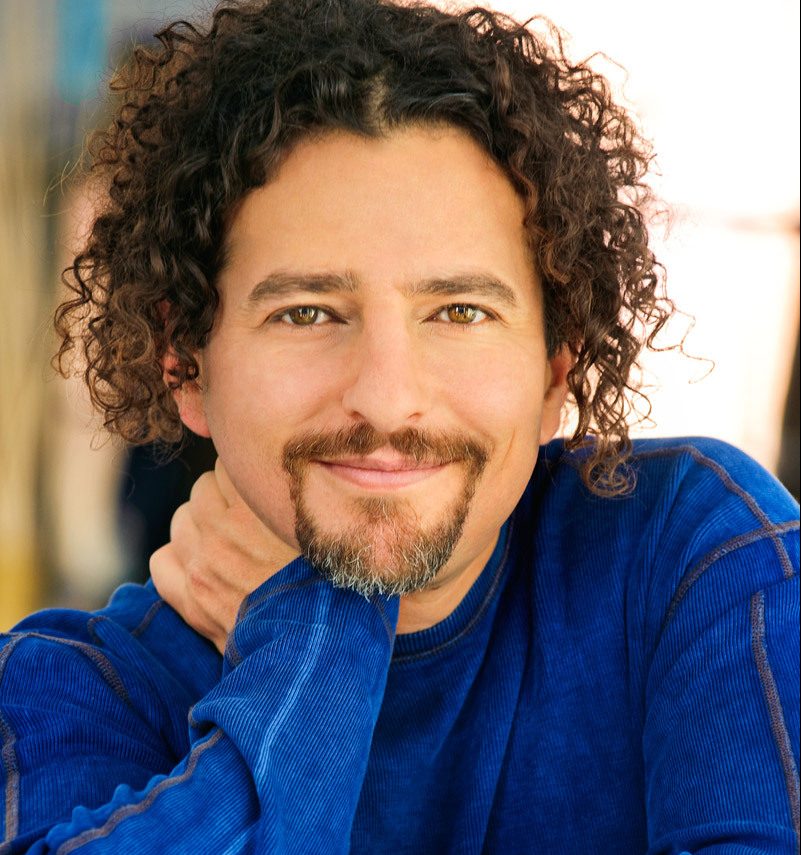 If ever there was a living person that epitomizes the concept of “Jack of All Trades” it is David Wolfe. And in Wolfe’s case he is certainly the master of many. Wolfe is one of the world’s leading authorities and proponents of healthy living. People the world know his invention, the NutriBullet, the kitchen appliance that allows users to drink and eat a much healthier diet. People the world over turn to Wolfe for advice on diet and ways to live a more natural life. He has written some of the leading books on natural living, “The Beauty Diet,” “The Sunfood Diet Success System,” and “Naked Chocolate,” among others.

If that isn’t enough, he is also a biodaynamic farmer, a beekeeper. and an organic chocolatier. Wolfe is so far ahead of the curve, most people don’t even know what organic chocolate Wolfe says, “Organic chocolate is chocolate grown the original way, with no chemical fertilizers or pesticide/herbicide sprays. It still has its original nutritional profile, which is full of minerals like magnesium and iron, so it has the power to make us feel the magic that chocolate has!”

Consuming food and drinks without pesticides and fertilizers is central to Wolfe’s philosophy. He has traveled the world over in search of the best naturally grown foods, “superfoods” even. The drive to live such a pure and healthy life began early for Wolfe.

“It began when my family first started coming to California in 1977,” he said. “In the summer of 1978 I planted my first avocado tree. That began a life long passion for gardening, farming, horticulture, and the culinary arts. This was a hobby until I was in law school at age 23 when I received a clear message that I was to do this as a career. I began giving health talks while I finished law school and have been giving them ever since.”

And he has given talks the world over and shared the stage with some of the biggest names on the talk circuit, including Anthony Robbins, Richard Branson and Brian Tracy among many others. He is highly sought after as a speaker and consultant in what has become one of the biggest industries in the world, health foods and products. Wolfe believes everyone should benefit from all that we have learned in recent years about foods, drinks and herbs. He is also aware that the knock on this lifestyle and choice is that it is not accessible to everyone. Healthy foods tend to cost a lot more than processed and other unhealthy options.

Wolfe believes it is about making smart decisions and smart shopping. He says, “There’s always been strategies for lowering your food budget and improving its quality. You can grow your own food. you can grow sprouts for pennies on the dollar. Growing your own tomatoes rosemary, thyme, and onions is relatively easy and can be learned in one day. You can also get to know your local farmers and visit local farmers markets to get better prices for your food and much better quality too. And more importantly you can learn to value better quality food, as proper nutrition can prevent diseases. An ounce of prevention is worth a pound of cure.”

Wolfe does not say everyone should be a vegetarian but he does say choosing to be, and the added step of vegan, are certainly good choices if one can do it. But to him the main key is choosing and living healthy.

“It’s definitely worth it for people to try it,” he says. “it’s a great way to detox, creates more self discipline, and helps tune into your body, mind and spirits sensitivity. It’s not for everyone long term, though doing it for some amount of time will generally benefit everyone.”

Taking the natural foods and healthy living lifestyle a step further, Wolfe is the President of The Fruit Tree Planting Foundation (FTPF), a nonprofit he founded in 2002. FTPF has planted over 1,000,000 trees and has a mission to plant 18 billion fruit, nut and medicinal trees around the world.

As you can see, Wolfe is fully committed to bettering the world in every way he can. He knows our diets are a central component to our happiness and even world peace. So he takes it as the basis for so much more than just enjoying a good and healthy meal. He sees a direct connection between our diets and our mental health and well-being.

Having already done so much in the diet and food space, you would think that is enough for Wolfe. But not one to rest on his laurels, he is now moving into an entirely different space, the technology and app worlds. He is one of the brains behind a new company, DilogR.

DilogR, which Wolfe found through social media, fixes a big and problem in the social media space, he explained. DilogR provides tools that allow users to solve the problem of keeping followers engaged, a key to growing your base. Wolfe has over 12 million followers on his Facebook so he certainly is proof of how to grow a following and build a base.

Wolfe believes DilogR is definitely the next big thing. “We have seen astonishing results with 100% quiz completions and up to 90% lead generation,” he says. “We are adapting DilogR as the platform for all of our businesses as it unifies content and commerce seamlessly. DilogR’s one-on-one conversations convert at every touchpoint across our entire business on auto-pilot. This is a must to standout and stay ahead of the competition. Its a real game changer.”

Considering what its done for his business, he can’t wait to share it with others.

David Wolfe is that kind of person. Once he figures out a puzzle or a new way, he doesn’t keep it for himself. He shares it with the world. He did that with the NutriBullet and with his finds in the diet and food sector all over the world. It’s why he is so in demand and why so many look up to him. It also explains why he is known for so many things, and considered an expert in all of them. His bio reads “David Wolfe, J.D., Nutritionist, Superfoodist, Orator, Herbalist, Chocolatier, Organic Farmer, Tree Planter, Agricultural Alchemist, Cosmic Plumber, Essene Bishop, Protector of Wolves.”

No one should be surprised as his list of accomplishments grows.